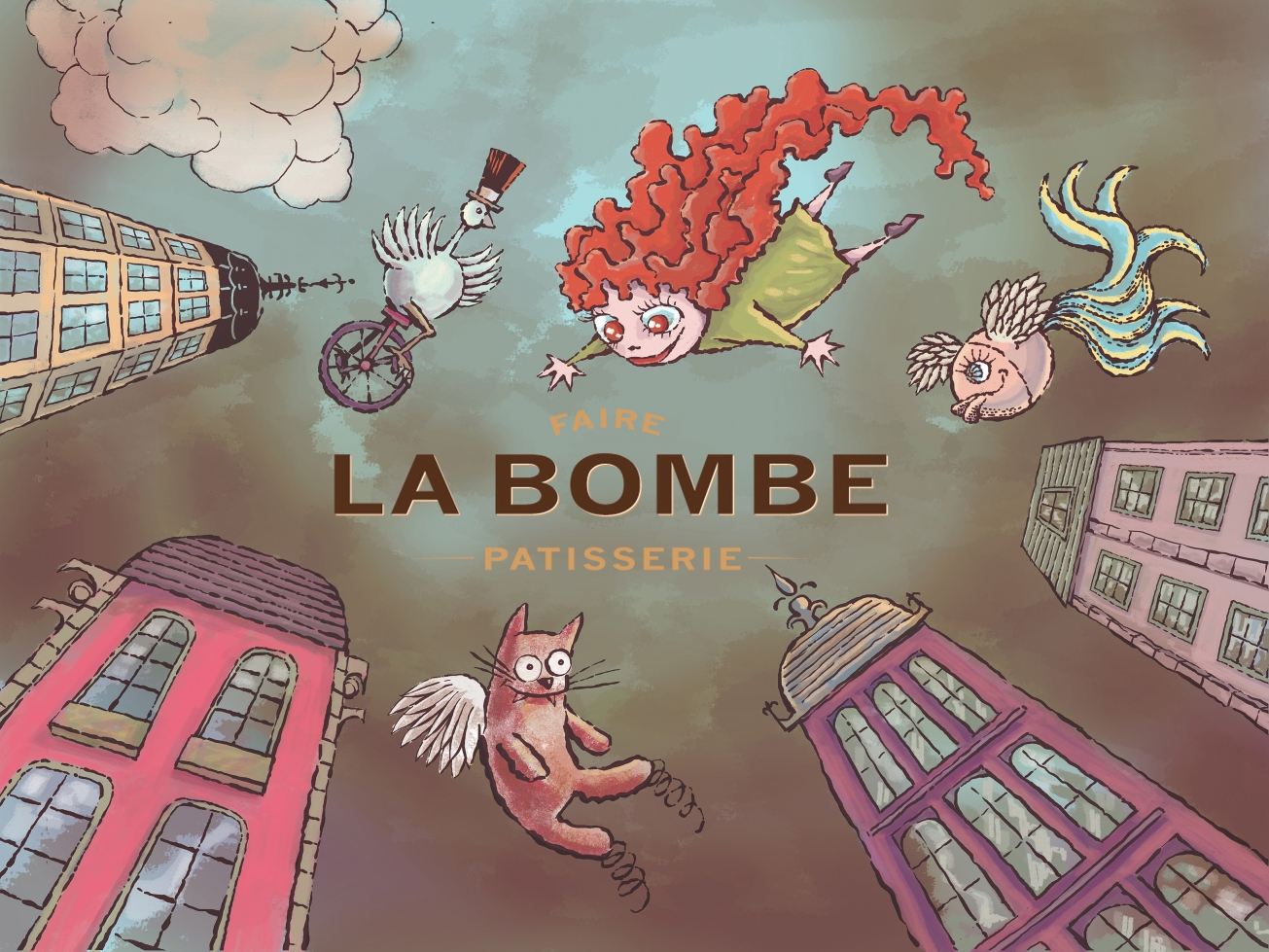 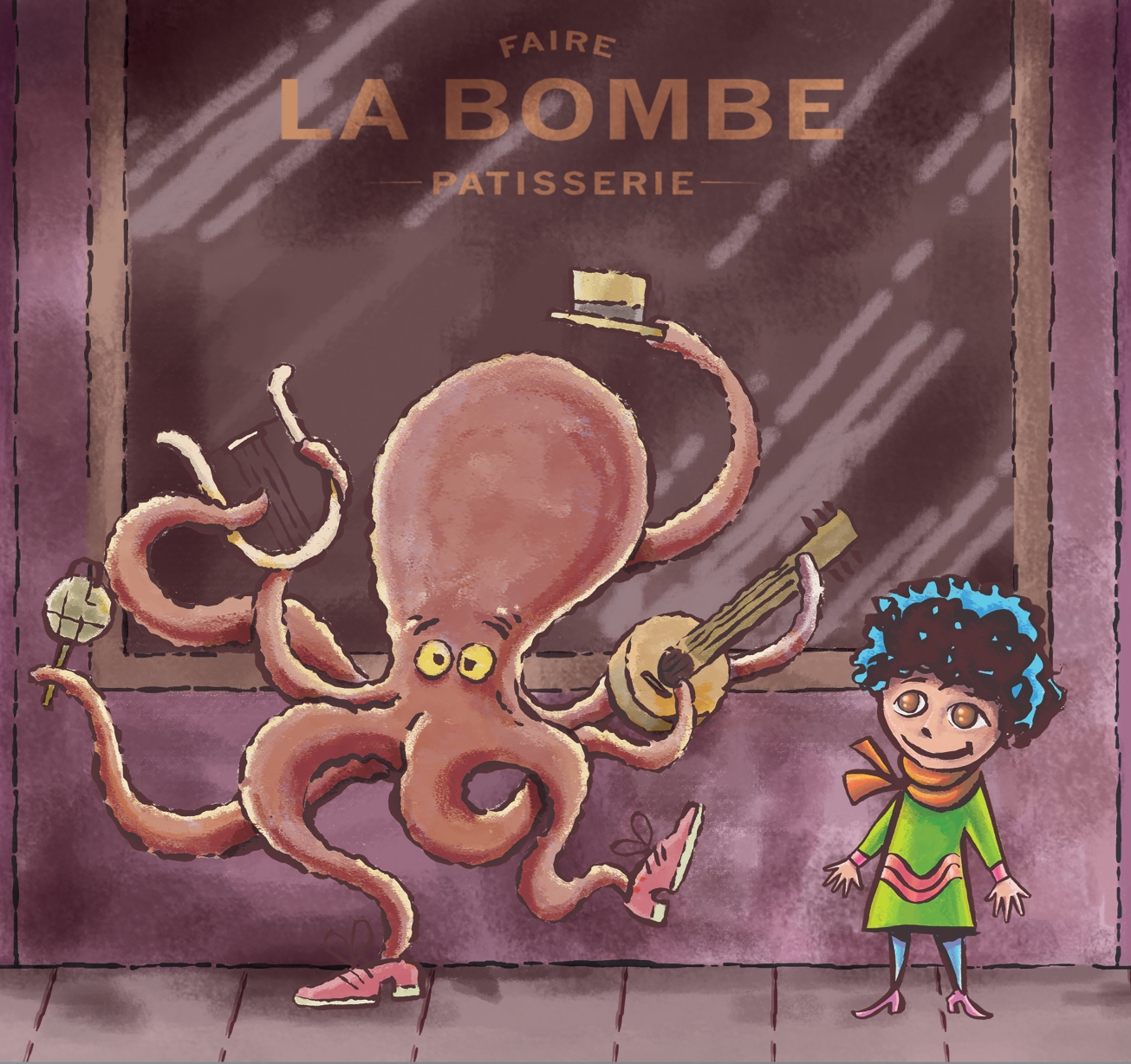 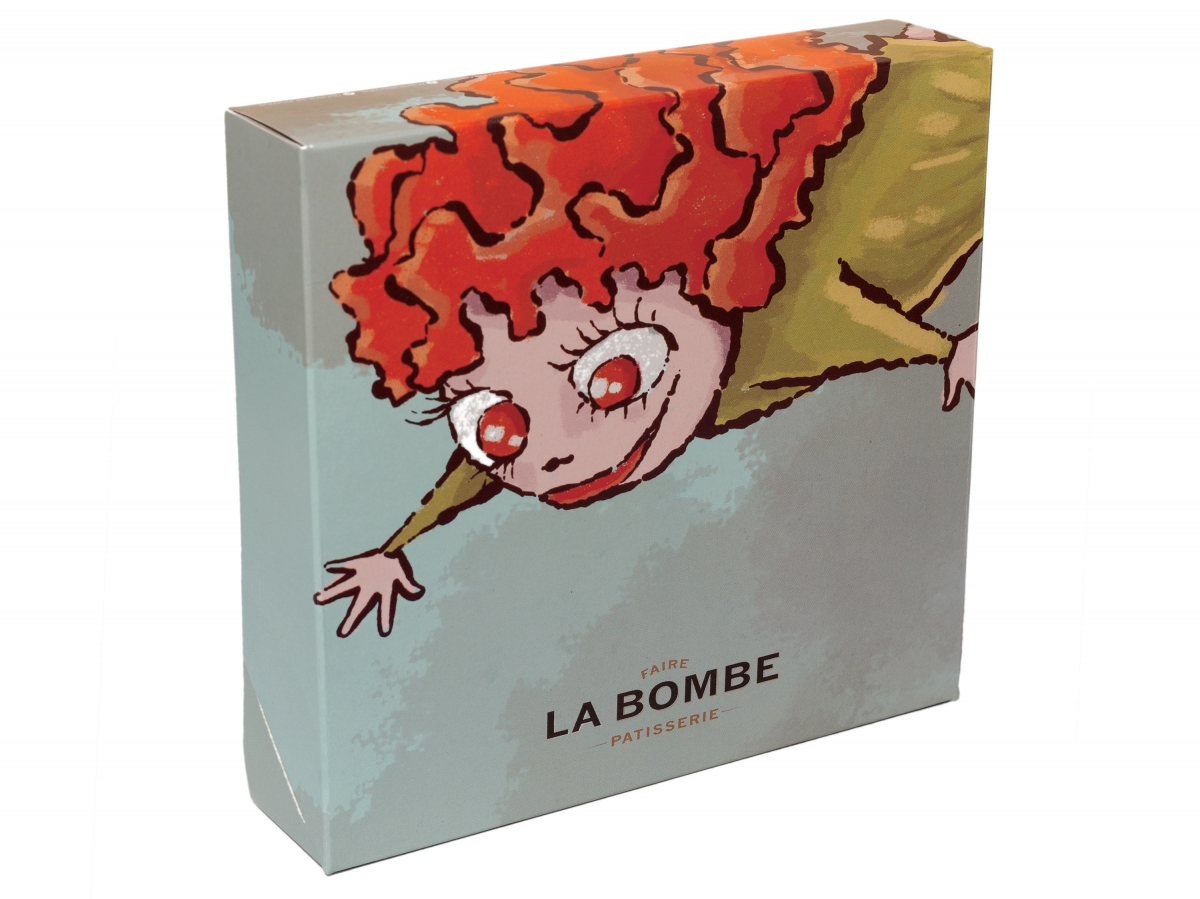 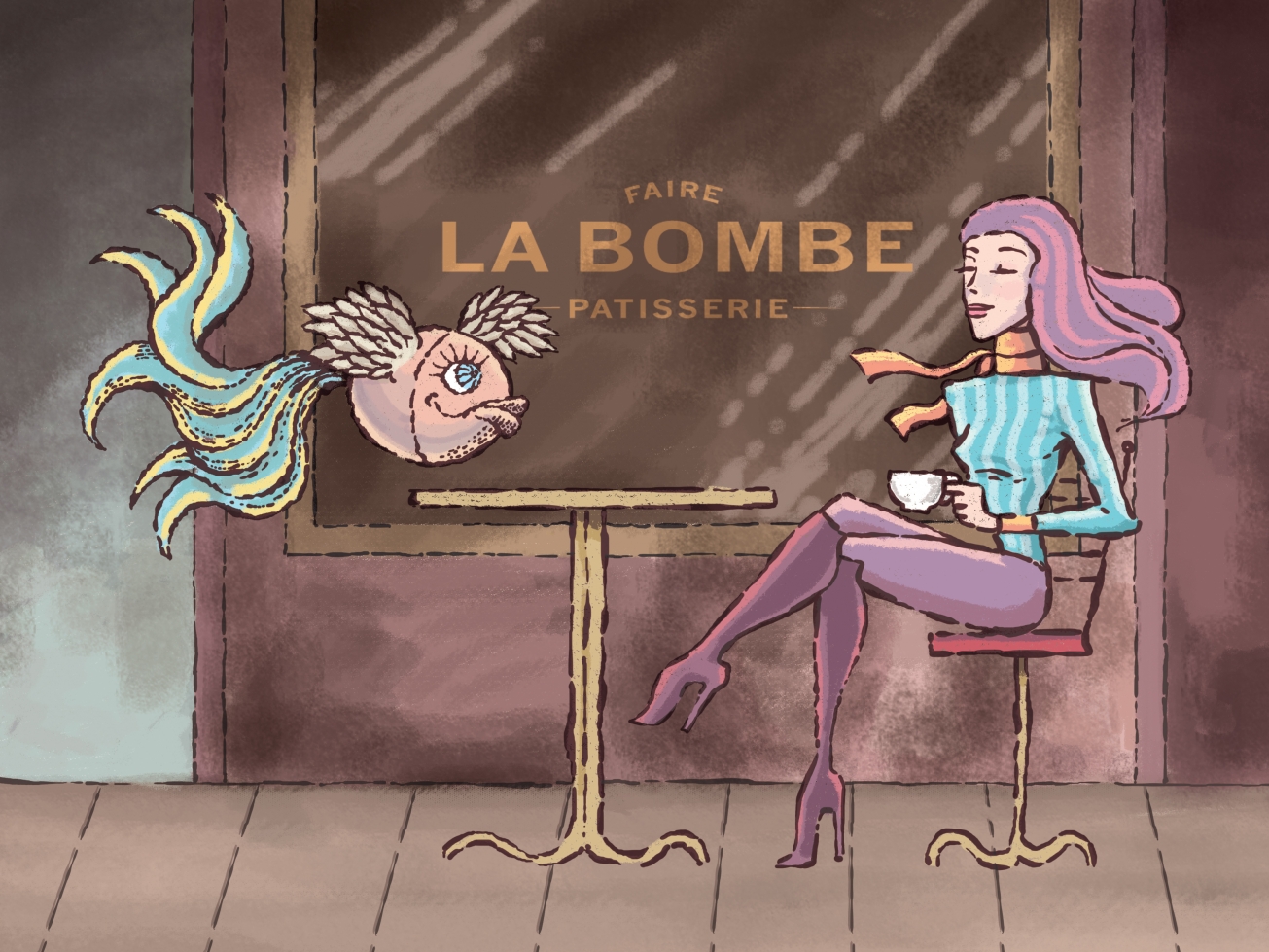 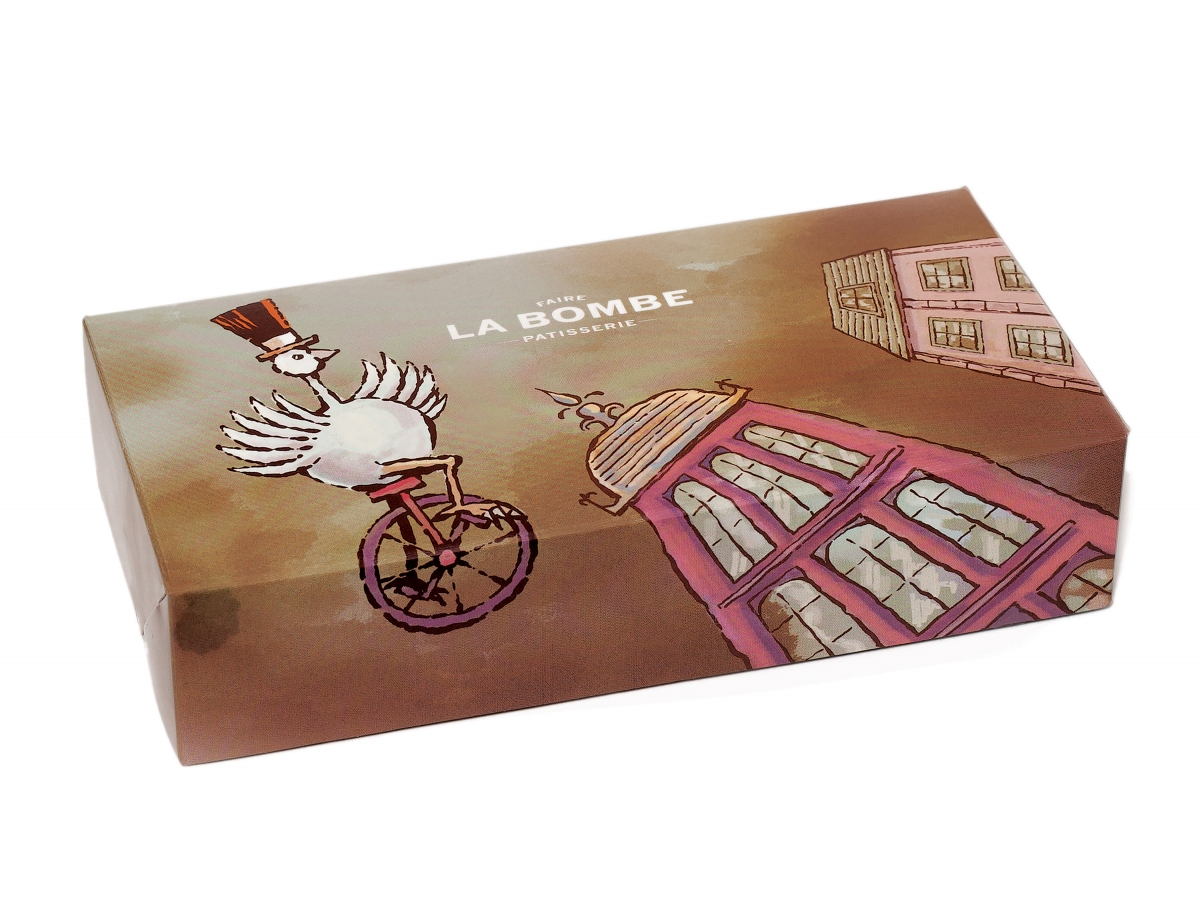 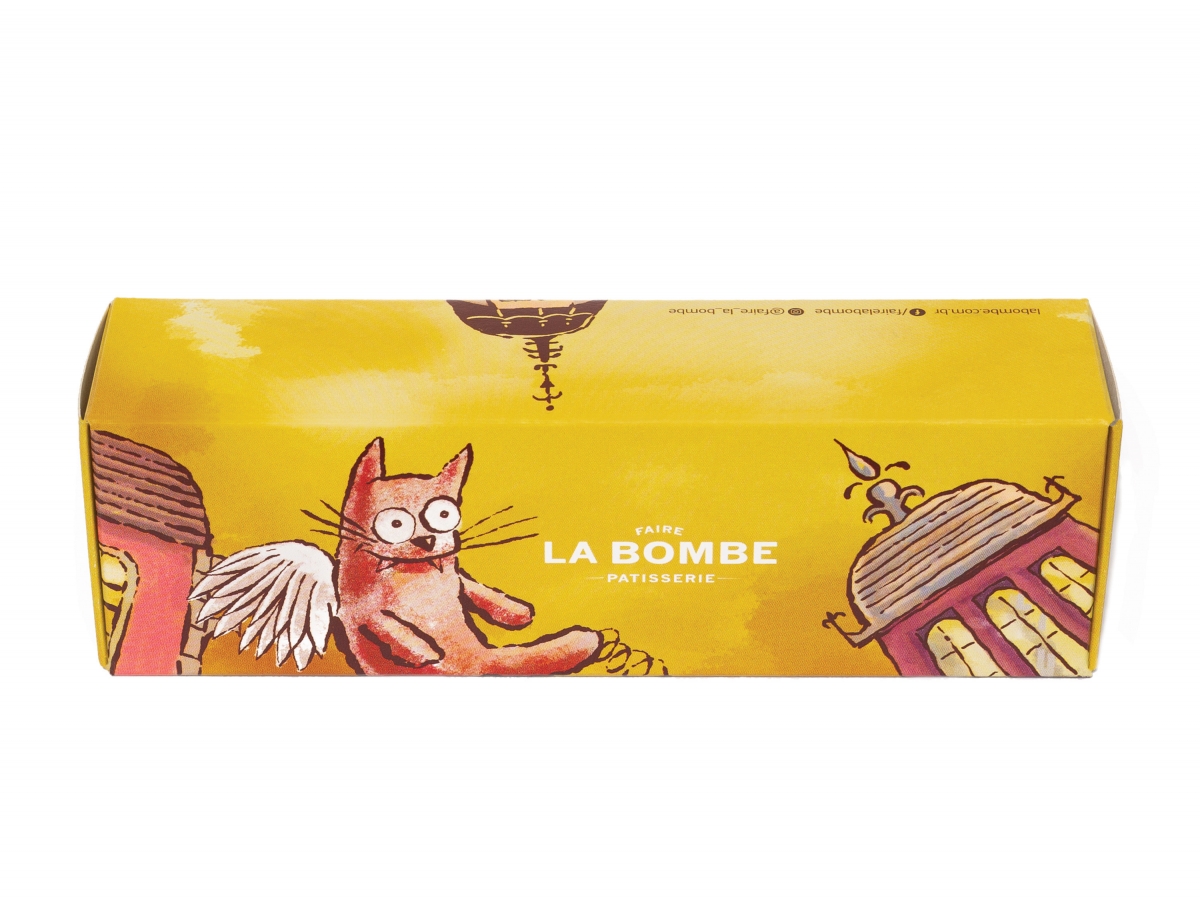 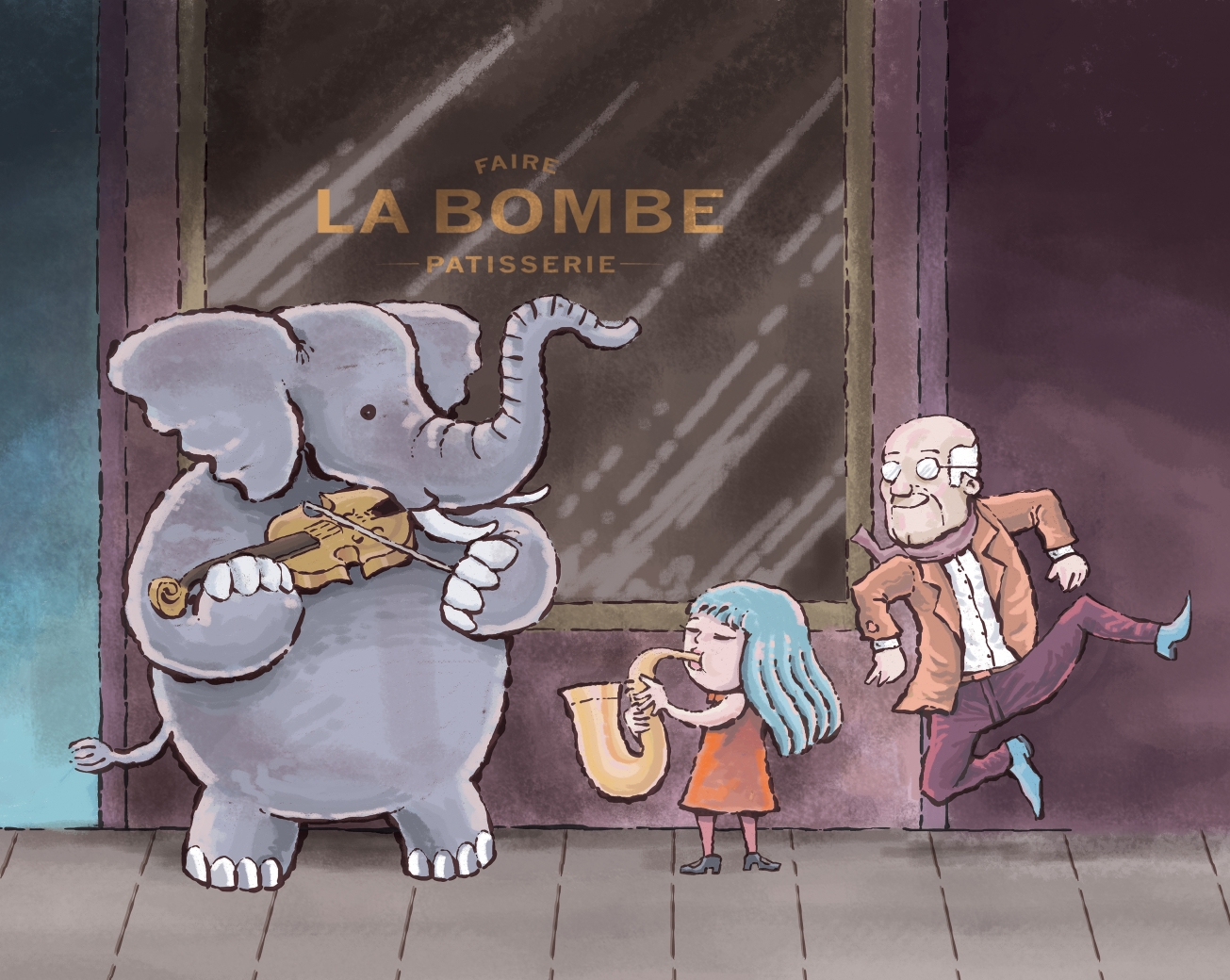 La Bombe produces delicious éclairs, sourced from a family recipe and its stories. These stories have been translated into playful and surreal imagery, with characters that inspire lightness and burst of joy. The idea is that éclair La Bombe invites you to be part of a dream. To compose scenes, Ruis Vargas has created surreal characters and sets that metaphorically resemble the La Bombe store and its neighborhood. The boxes that hold the éclairs are more than boxes, are an invitation to taste the product and, above all, give someone special a gift.

Bio Ruis Vargas has been heading the Laika pack. He uses his tentacles to work the words into shape – reaching literature, critical essays and a variety of texts in the vast universe of art and culture – and to conceive them graphically. Drawing is his material thinking: the visual body of ideas, elaborated with the techniques of illustration, typography, design and photography. Further to Laika’s productions, Ruis Vargas is the creator of graphic novels and comic strips that have been published for many years in newspapers and magazines and have been recently collected in a series of books.