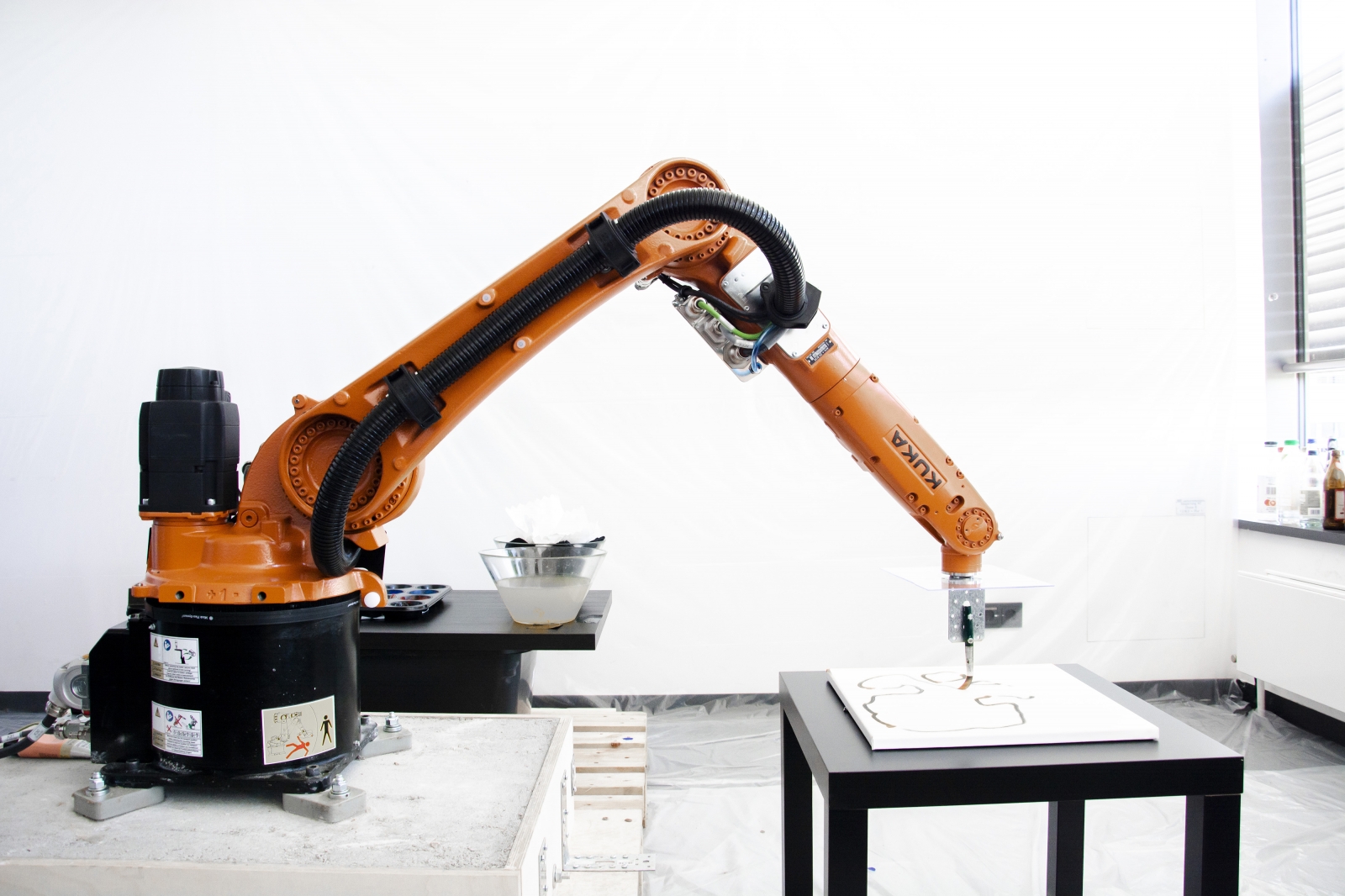 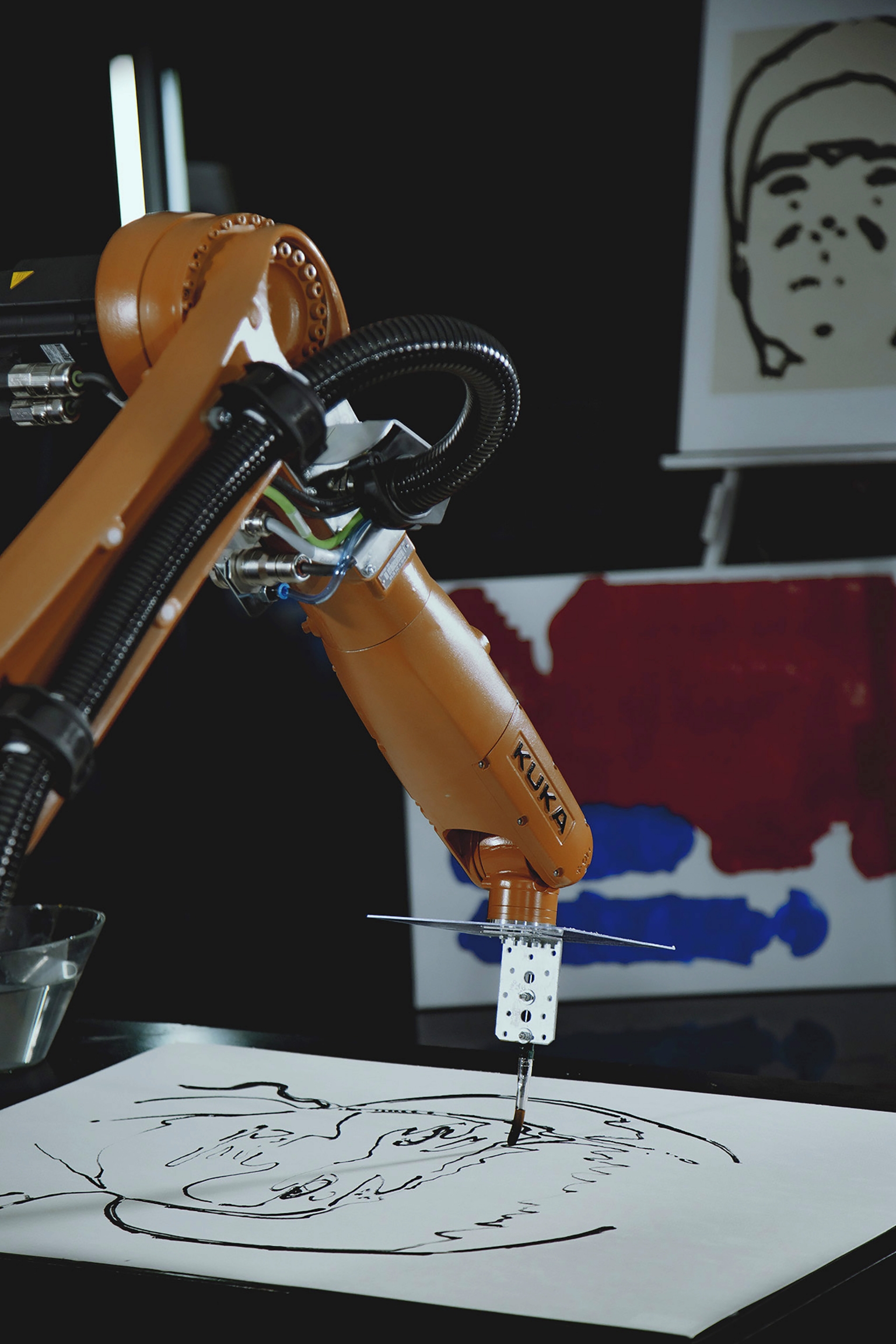 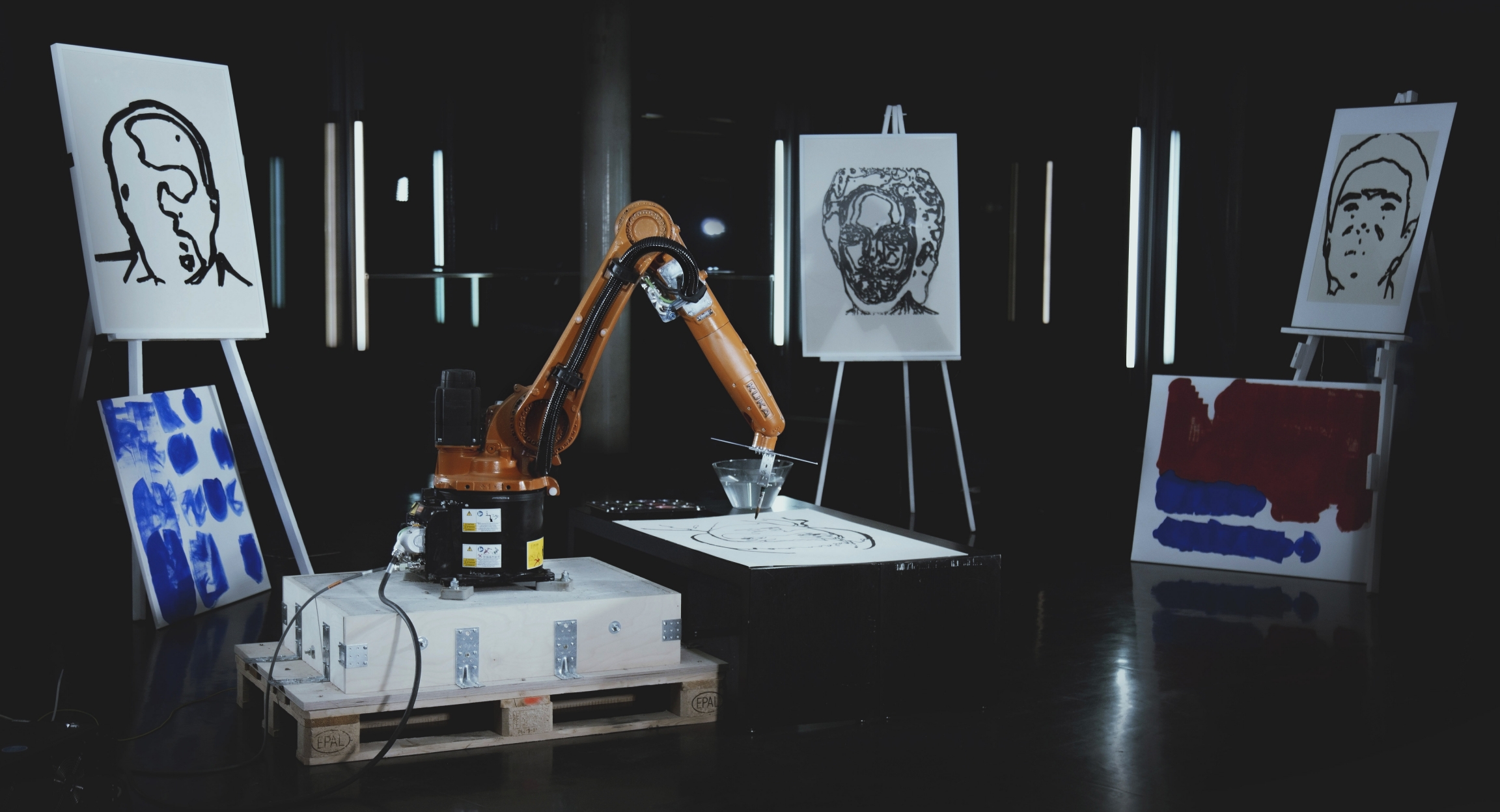 This robot paints art generated by an artificial intelligence. It not only chooses and paints but generates a completely novel image. An image synthesis algorithm has been trained on generating faces and abstract art, by feeding it thousands of images and training it for multiple days. Upon starting the system, the sculpture generates a random image, takes acrylic paint, paints it on canvas and cleans its brush afterward, without any human intervention. It serves as a platform for discussing, what qualifies "art" and "intelligence" and what truly distinguishes us artists from this machine.

Bio Titus Ebbecke is a german Human-Computer-Interaction designer. His works range from tangible interfaces which make satellite data accessible to a wide audience, to fully autonomous industrial robots enabled by machine learning. He designed links between robotics, machine learning, and art and developed Interfaces for many Start-Up’s and products. Titus directed and shot short-films and assisted at workshops on cinematography and design. He believes the next decade will be shaped how we communicate with computers and the way computers communicate with us will do the same the following century.