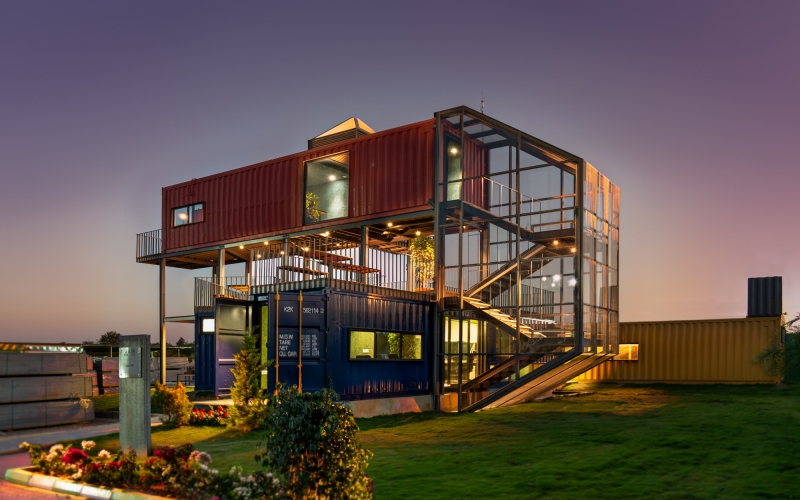 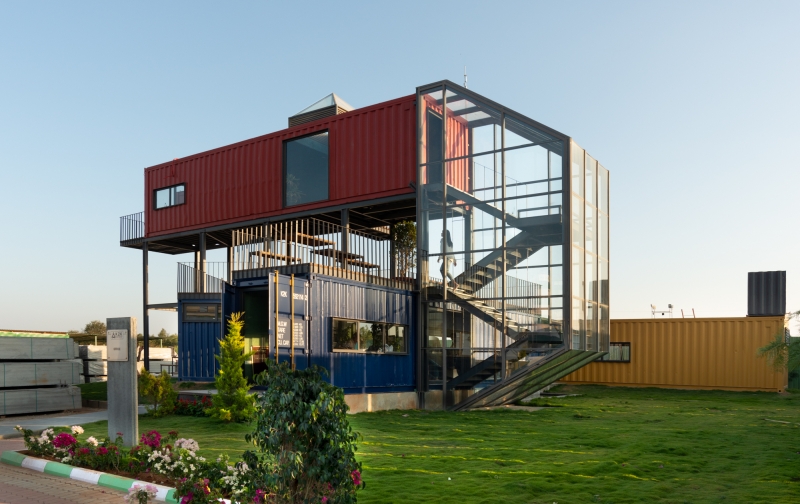 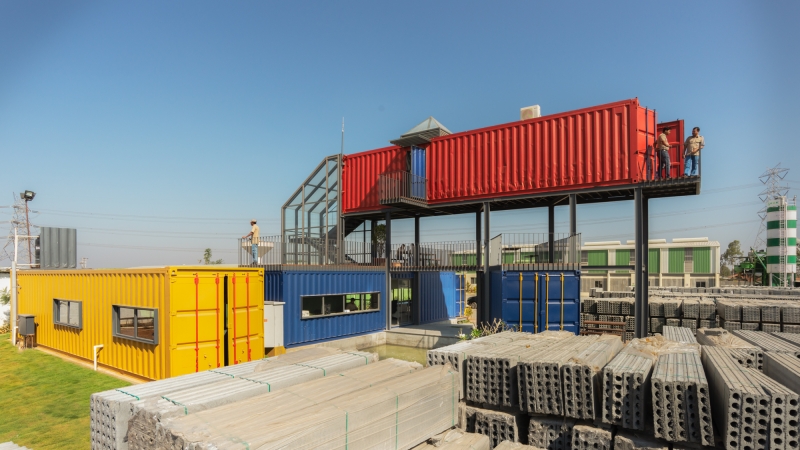 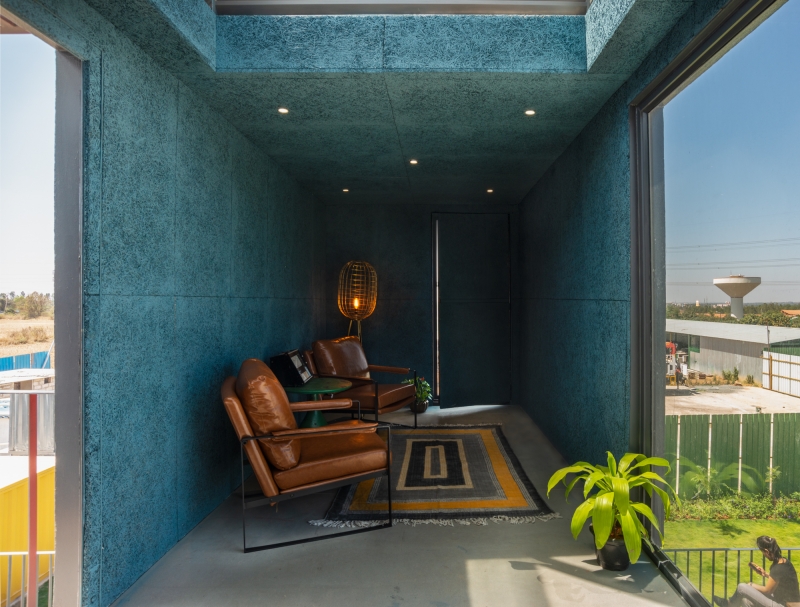 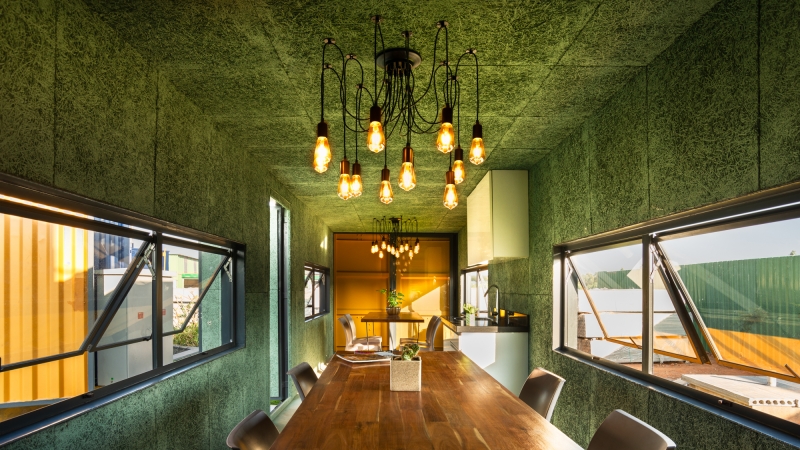 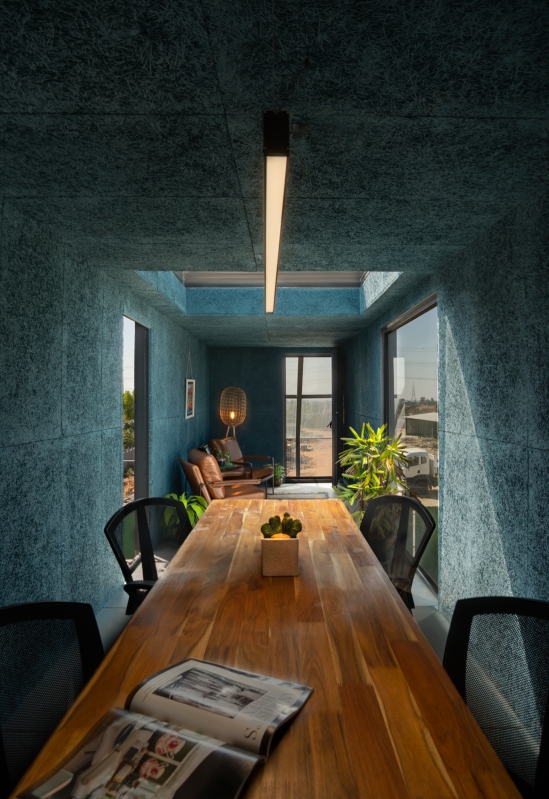 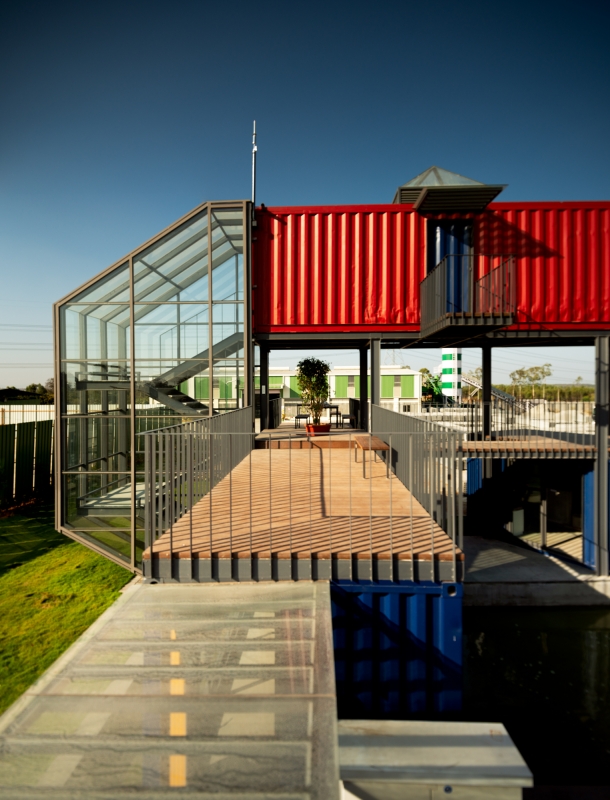 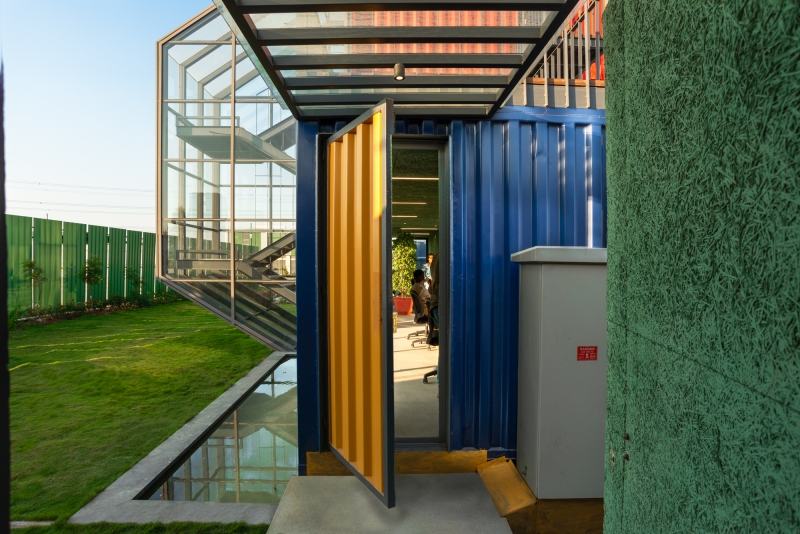 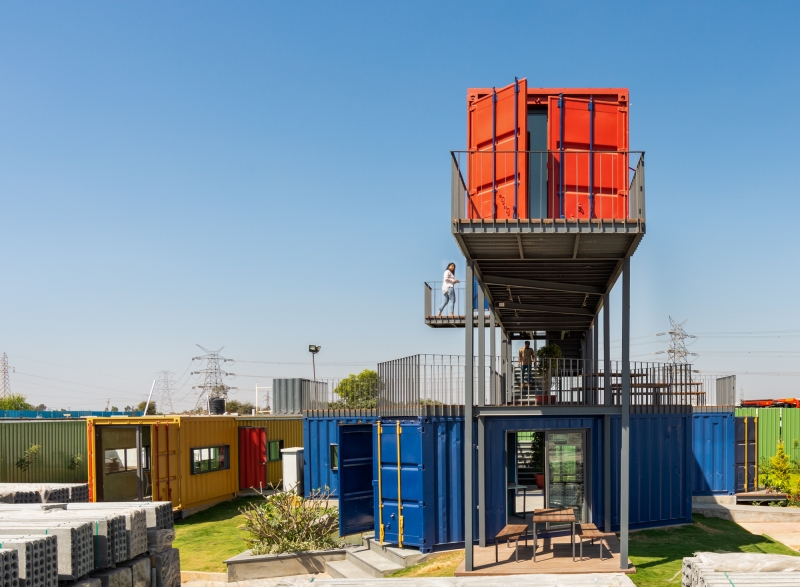 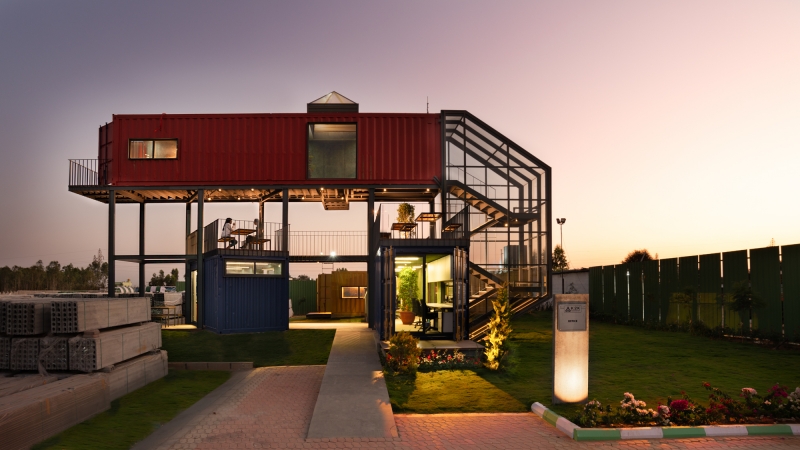 Central to the documentation of the uniquely designed structure, was to capture the versatility and the ability of an entity like this to morph into a statement piece. The colourful containers paint a pretty picture against sunny skies and the surrounding industrial starkness. The primary colours used make the containers stand out against the abundance of concrete in their surrounds. A conscious focus on the massive cantilevered staircase that merges the rigid built forms as if suspended in mid-air, lends a sense of airiness. The images depict the industrial nature of the architecture as