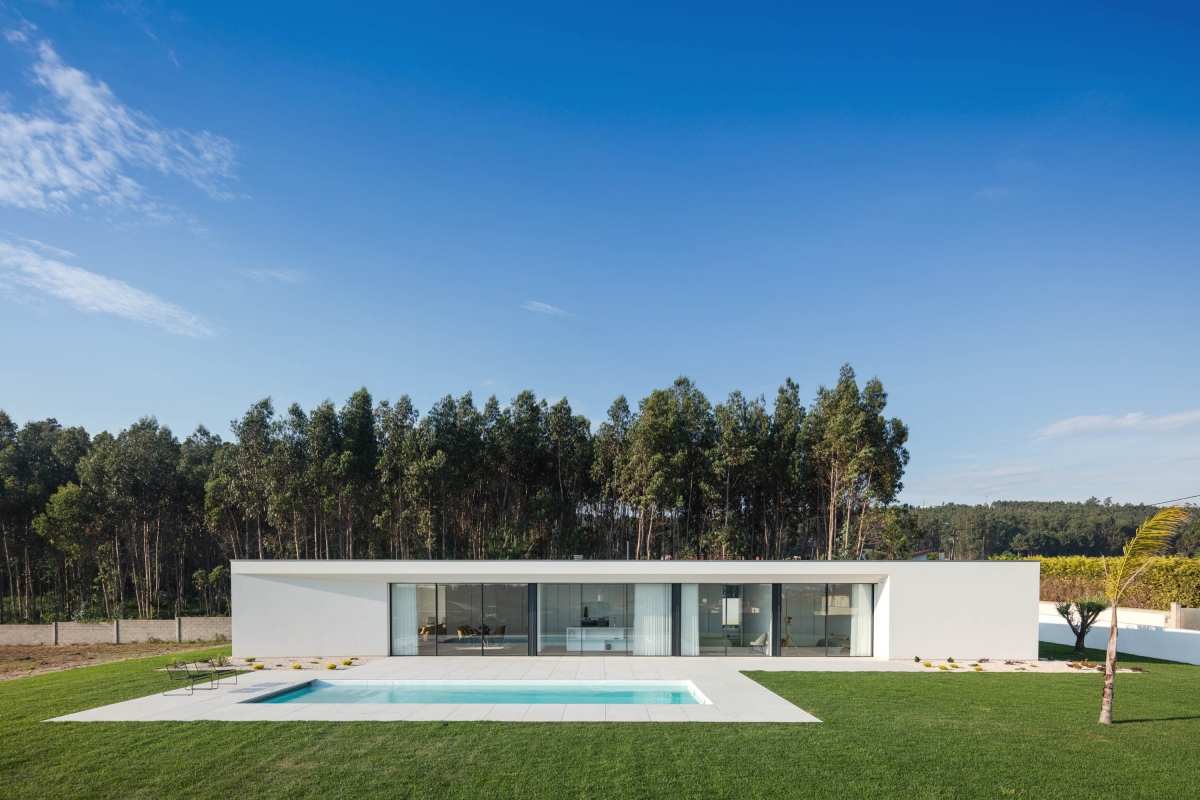 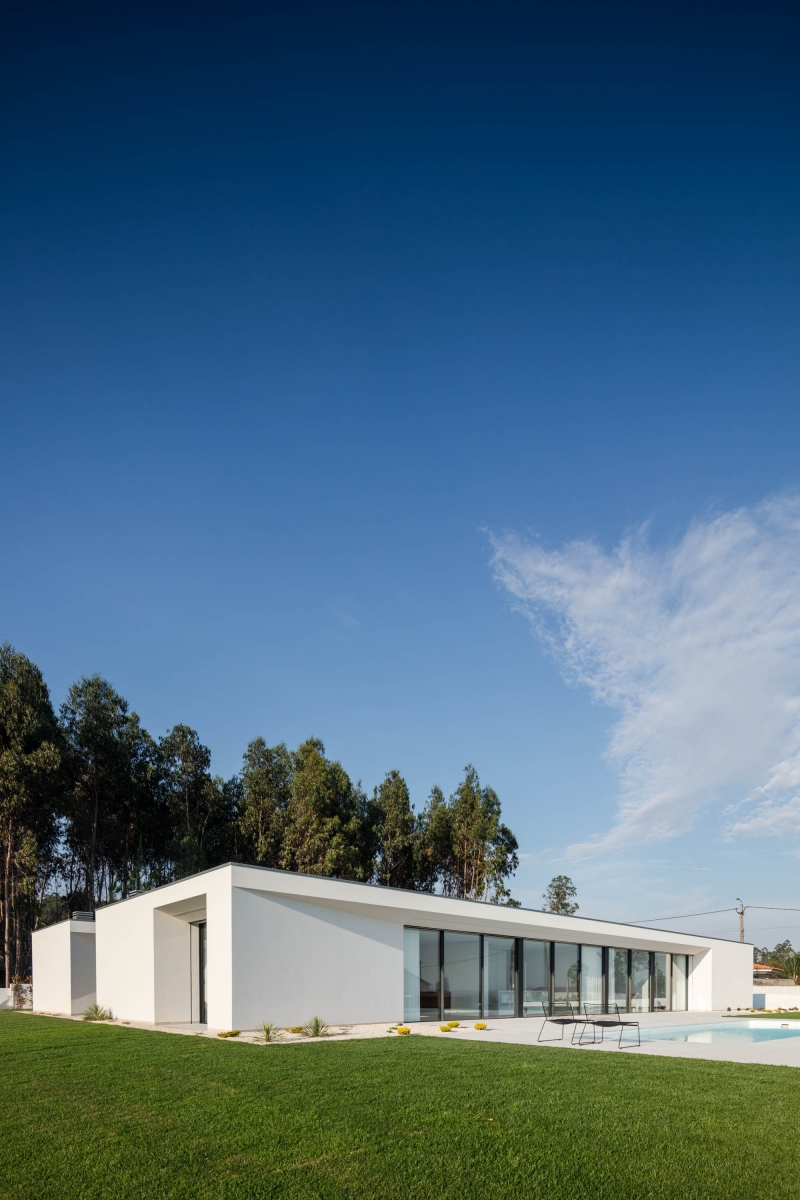 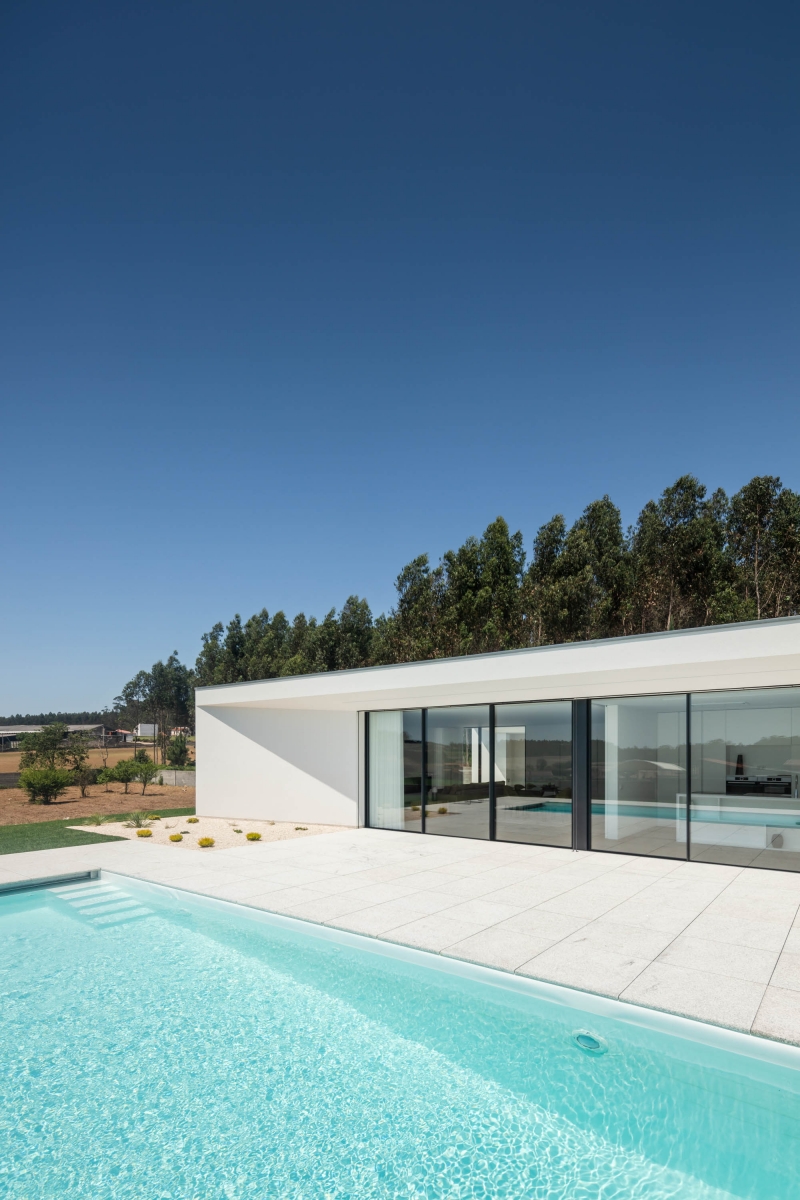 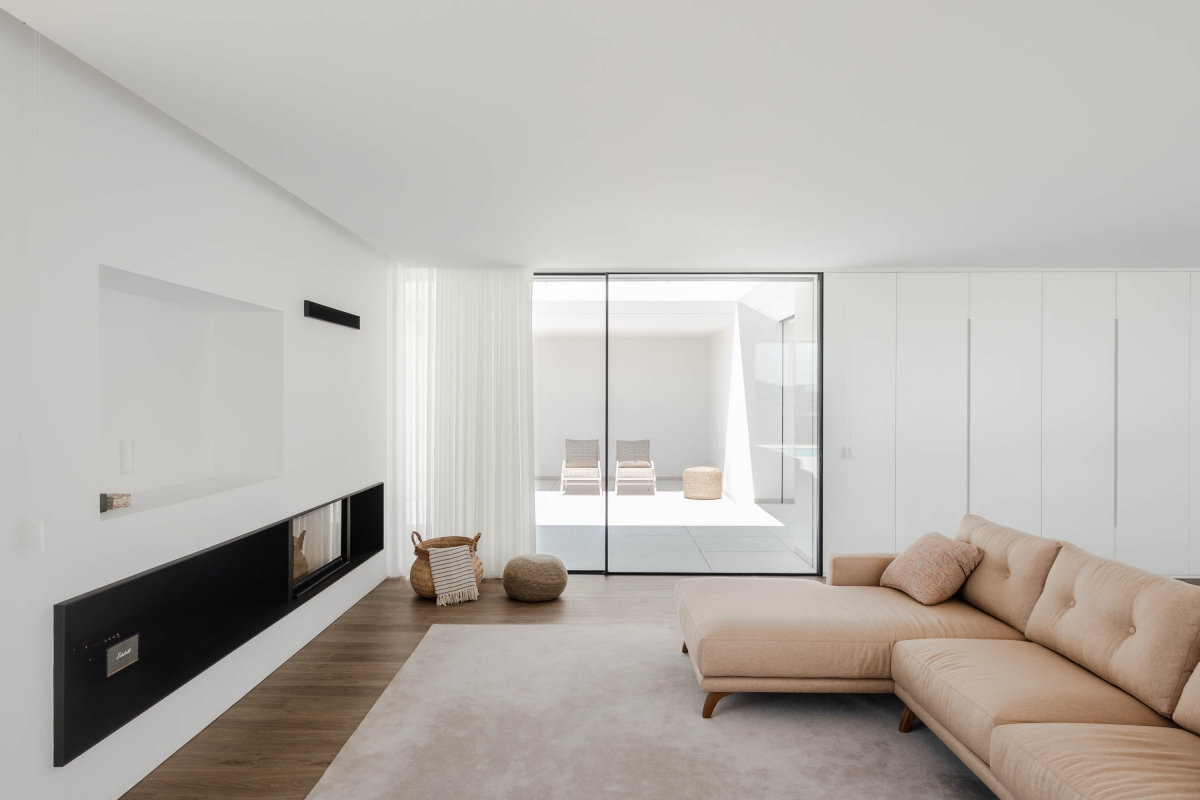 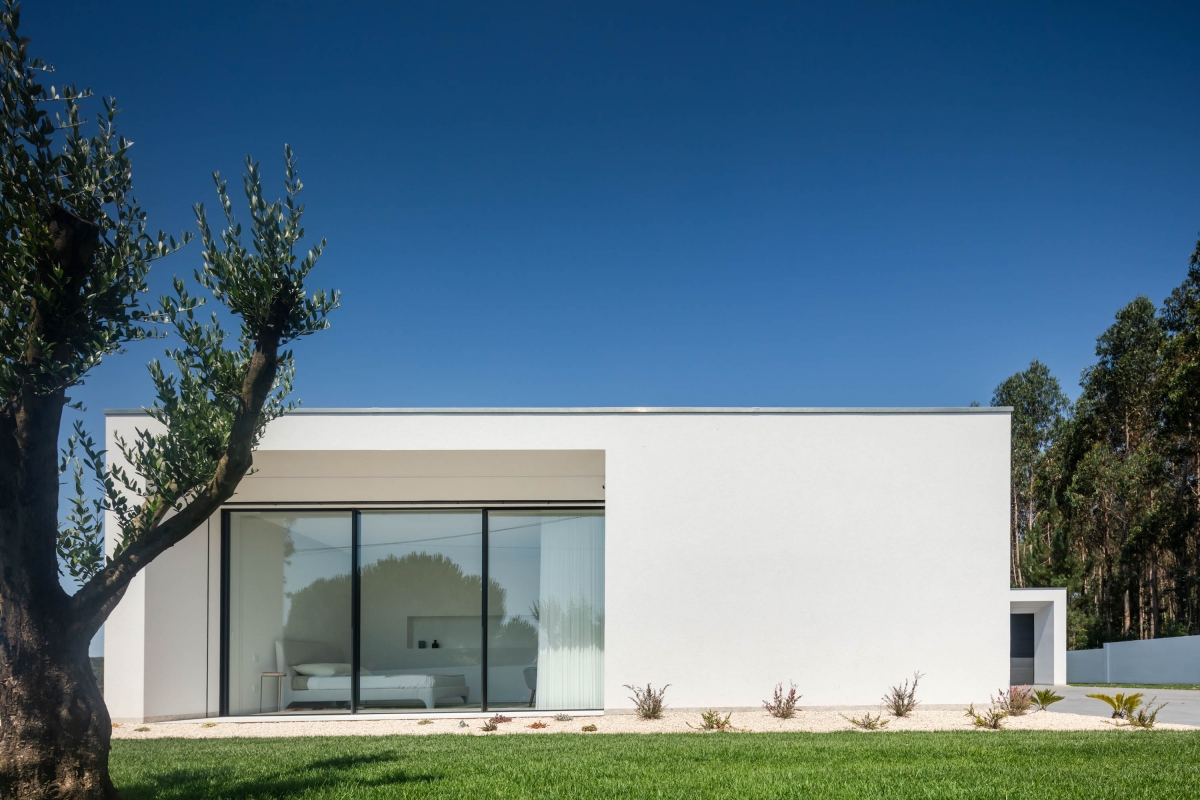 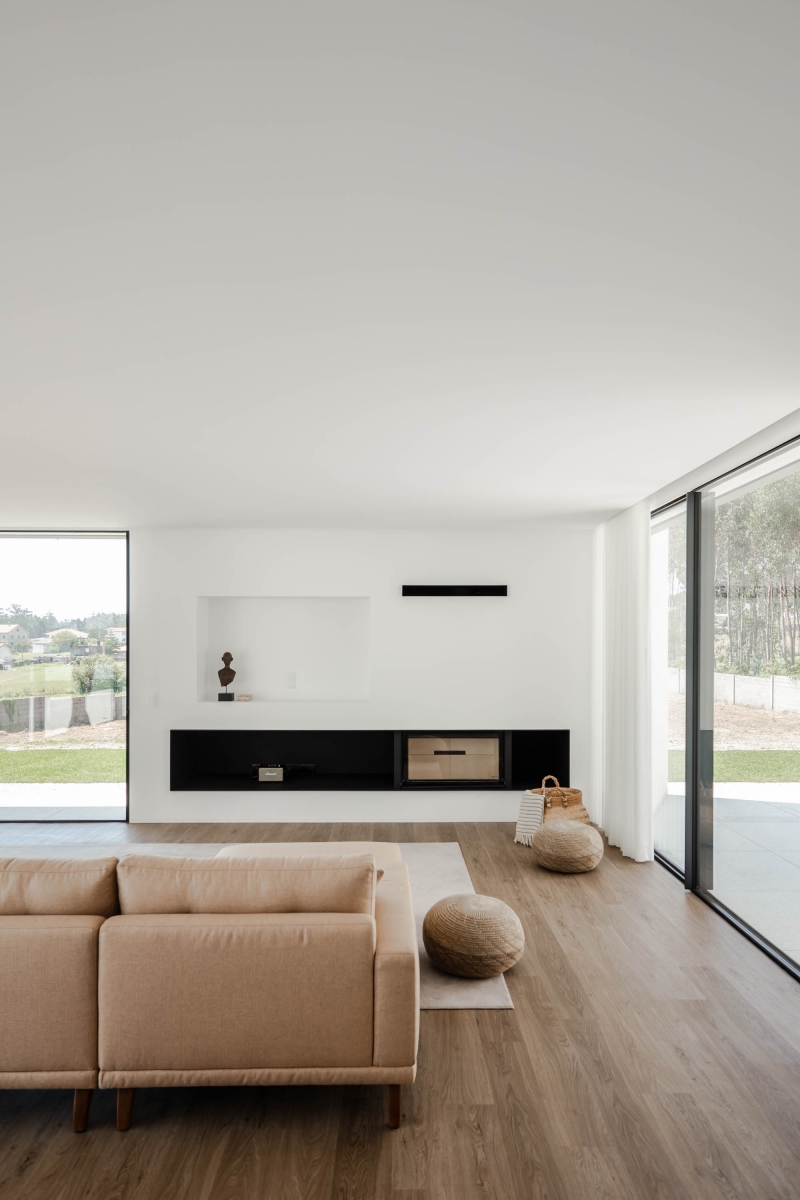 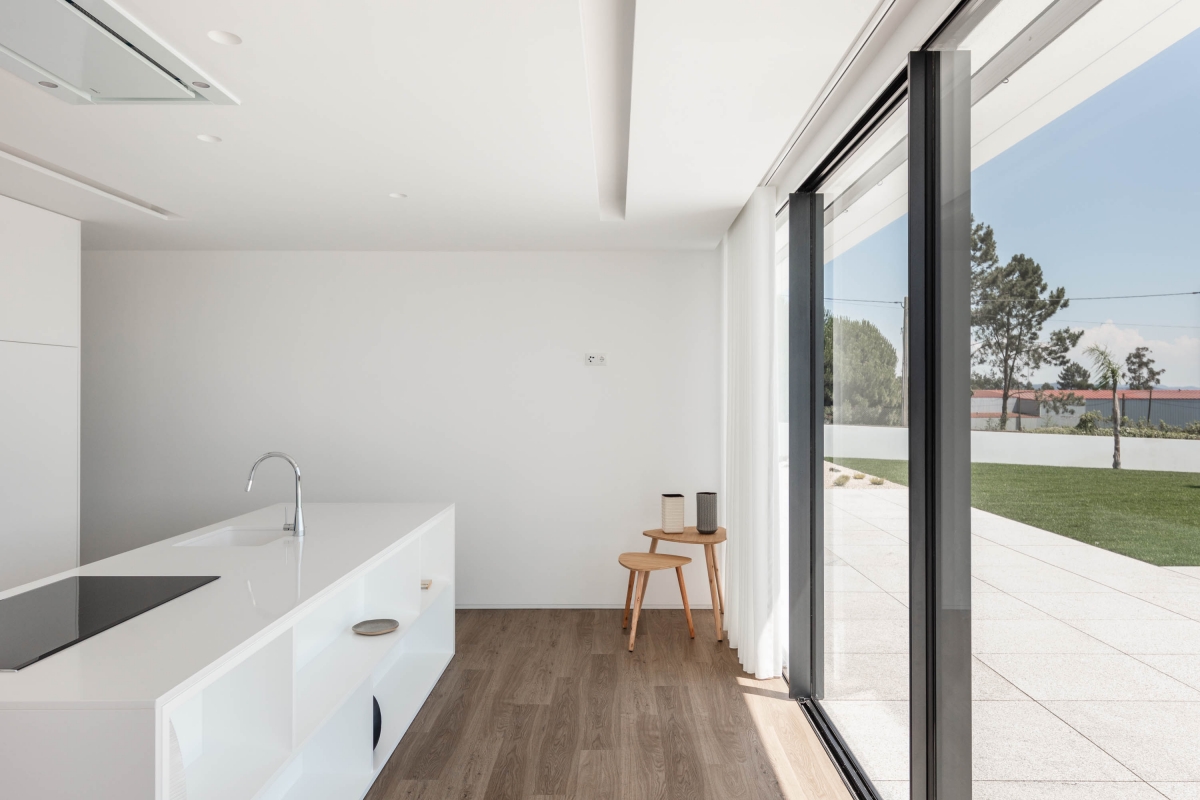 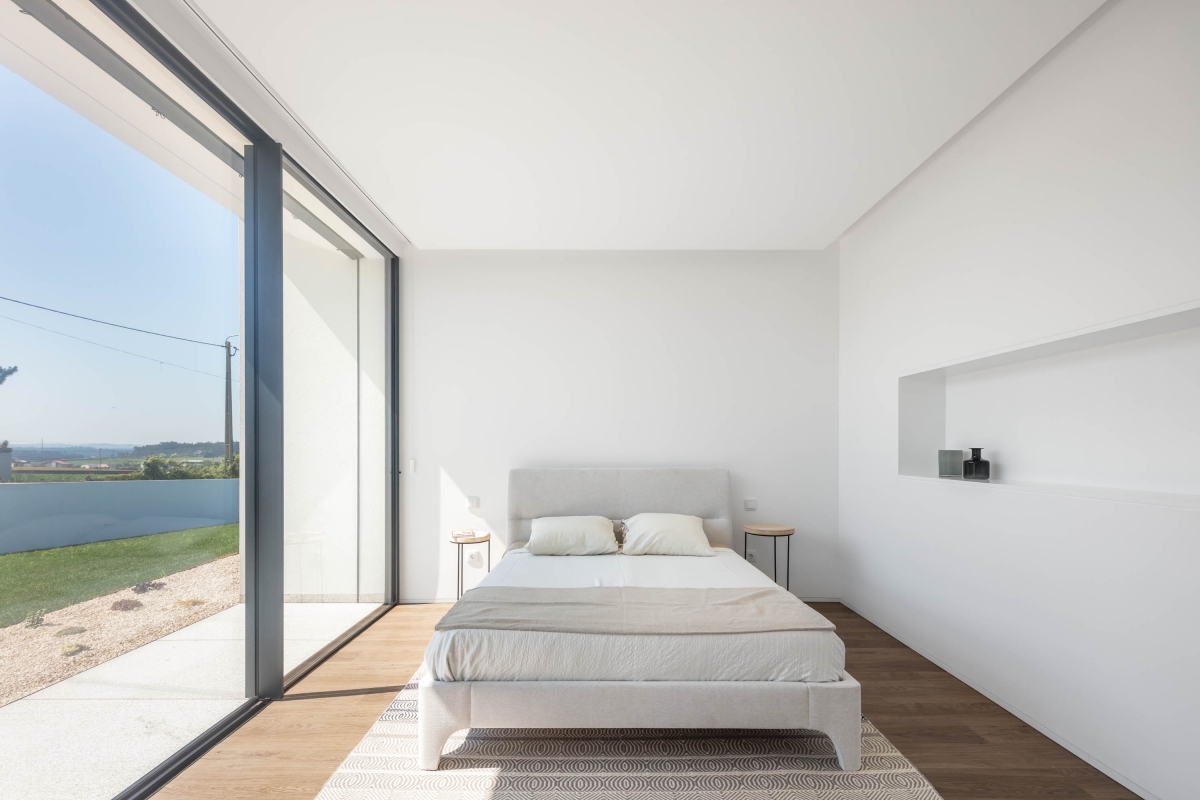 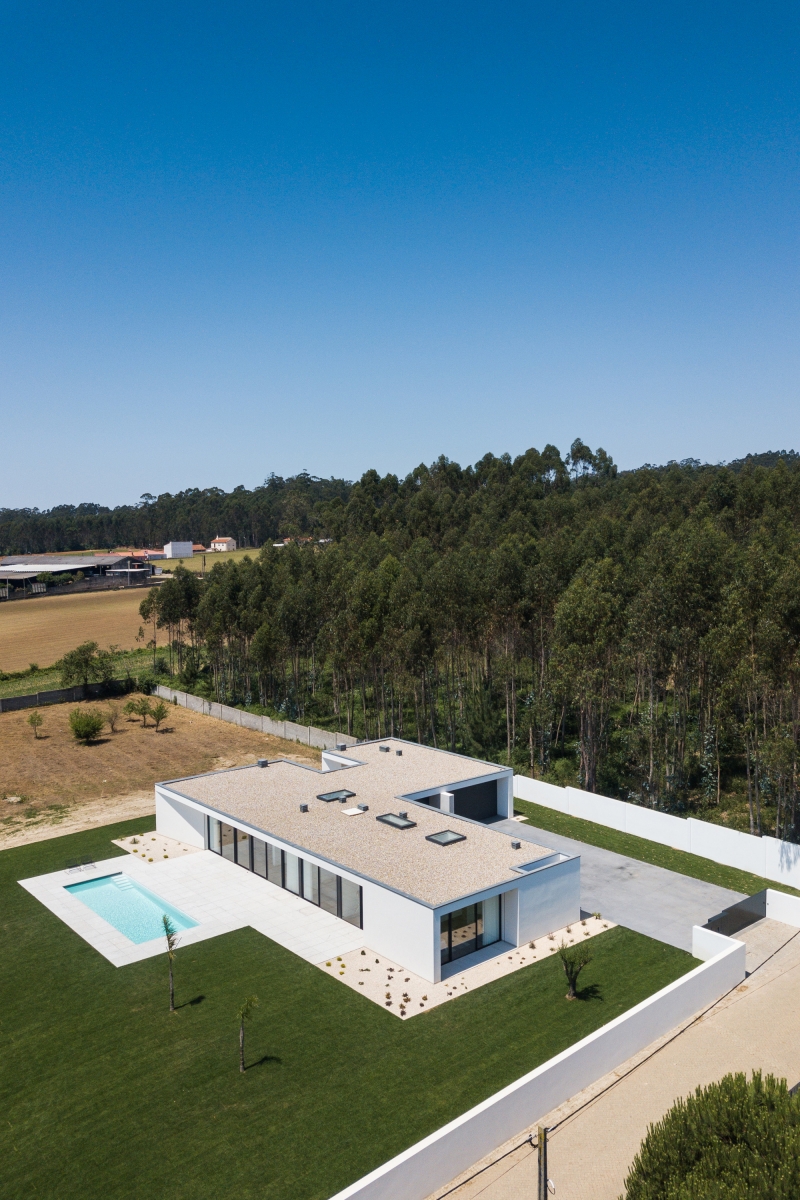 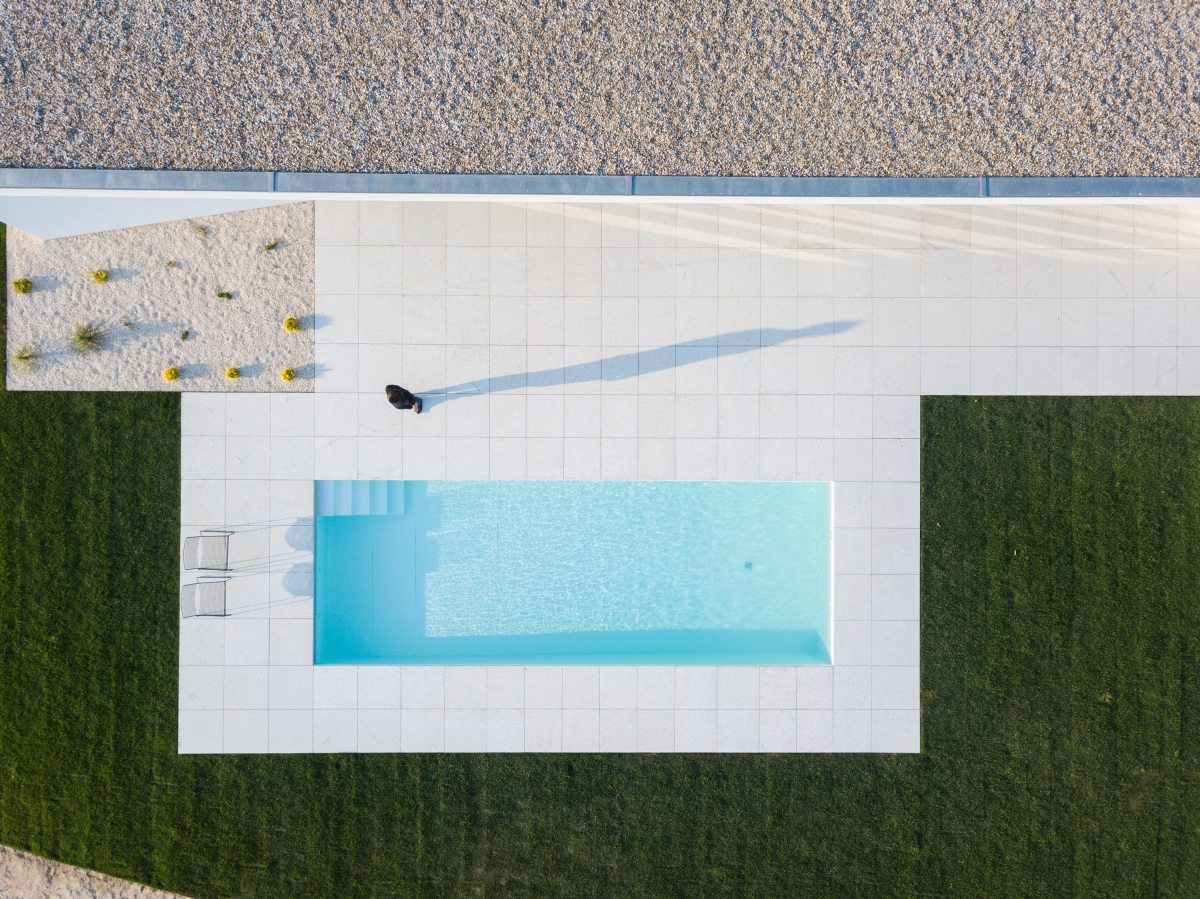 The house is located in Vila do Conde, in a rural territory with several fields of cultivation in the north of Portugal. Entrance to the house is performed by the eastern side, and most areas are facing the side garden and swimming pool, oriented to West. The program requested three rooms, one of which is a suite with dressing room and the other two are supported by a bathroom, a small office, a living and a dining room, the kitchen, a toilet, a garage and a laundry. The interior spaces through the large glass windows extend over the external floors and embrace the garden and the pool.

Bio Raulino Silva (Vila do Conde, 1981) is an architect at the Escola Superior Artística do Porto and he has his own office in Portugal. He participated in the Bergamo Architecture Workshop, organized by the Faculty of Architecture of Milan, and was a guest speaker for The Plan Magazine, at the Perspective Europe Forum in Venice, and by ESAP, in an Open Class of the Seminar of the Integrated Master of Architecture in Porto. He received the medal of merit for the city of Vila do Conde and he won the Europe 40 Under 40 Awards from The European Center for Architecture Art Design and Urban Studies.